I didn’t get the chance to post this before Christmas as this blog was down for several days. So, I decided to just create a list of movies that can help keep you in the holiday spirit (i.e. happy, cheerful, and positive) even when work and school are about to start again.

Since we have had to rely on prepaid WiFi for almost a month now (hello, PLDT!), I haven’t been able to download Hallmark Christmas movies – an annual tradition for me. As such, this list includes movies from Netflix. They may not be Oscar-worthy, thought-provoking movies, but these are precisely the reasons why I love them. Christmas/holiday movies are supposed to make you feel good and happy; they’re supposed to put a smile on your faces and a little more love in your heart.

These Christmas/holiday movies have made me extra happy and inspired this season despite the many challenges 2019 has thrown my way. I hope they do the same for you.

If you want a change of scene for your Santa Claus movies, this is the best one for you. Klaus is about a lazy, under-performing, and uninspired postman named Jesper who meets a reclusive, hermit-like woodsman named Klaus. He finds out that the big man has a lot of wooden toys inside his house. Although this creeps him out, an incident that had him deliver a toy to one of the town’s children made him change his mind.

You see, Jesper’s biggest problem was how to inspire the children – or anyone in town – to write and post (mail) letters. The toy he delivered was one that Klaus made after the big man read a letter he accidentally left when he scurried away the first time they met. Once news broke out and the children found out about the incident, the letters started coming in and Jesper and Klaus became busy.

Klaus is a story about friendship and finding inspiration. It tells you that even when you believe things are at the end of the line and it’s better to give up, there is still hope. You only need to stand up, stay strong, and do your best (with the best intentions, of course).

It is also about resolving conflicts, which, in the movie, is represented by two warring families that started the fight generations ago through their ancestor.

Klaus is one of the best holiday movies I’ve watched in years. It’s the type that stays with you for a long time; the kind that makes you want to watch it over and over. 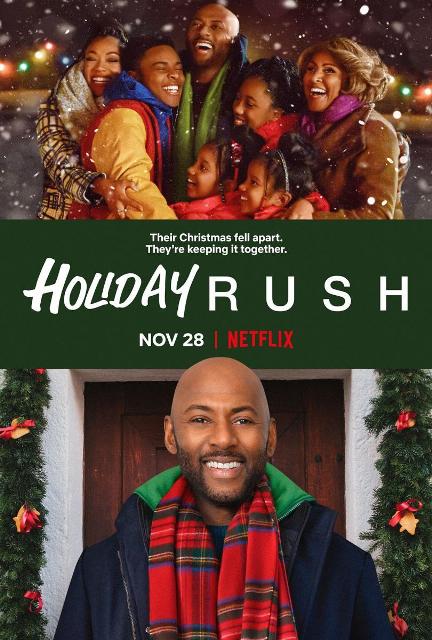 This is about DJ Rush Williams who loses his job at the radio station in the middle of the Christmas holidays. This forces the widowed dad to impose a “tightening the belt” rule to his children, who have long been used to the celebrity-rich, privileged kind of lifestyle. The children, all four of them, find this difficult to do especially after they had to give up their mansion-like house and live with their aunt. But, it’s the Christmas season and miracles abound, so eventually, things get better and everyone enjoys the merry holidays. How this happens is what you need to find out.

Holiday Rush is a simple family story that touches on a lot of sensitive issues (especially for the young generations) like valuing family and relationships over things and living within your means. It also features a lot of good music!

3. Holiday in the Wild (Netflix)

Honestly, I fell in love with the location more than I the story. But this one is still a good watch – mainly because of Rob Lowe and Kristin Davis. Ahhhh, the good ol’ 80s and 90s! 😉

Anyway, Holiday in the Wild is about Kate Conrad, whose husband breaks up with her just as she was about to tell him about the second honeymoon trip she booked. She ends up going to Zambia alone. She meets Derek, a pilot, who eventually takes her to an exciting adventure in a sanctuary for elephants operated by a foundation. She extends her stay there and this changes a lot of things.

Holiday in the Wild will make you contemplate about your life, especially if you love travelling to places yet undiscovered. I fell in love with the sanctuary – it’s small community of dedicated workers and volunteers, the elephants they took care of, and even the small tent houses around the place. I’ve always wanted to go to a place that would bring me close to nature and this movie gave me that.

This movie is based on the novel by John Green, Maureen Johnson, and Lauren Myracle. It features a bunch of characters whose stories intertwine. All the events takes place in a small town in Illinois during a snowstorm. There are three major stories in the movie: one is about best friends Dorrie and Addie who are both in a confusing stage in their respective relationships (Dorrie with a cheerleader and Addie with her boyfriend); childhood friends Tobin and Angie who go around town with a college friend (with Tobin realizing he has feelings for Angie); and then there’s the story of Julie, who has been accepted to Columbia University but cannot leave her sick mother – and Stuart, a popular musician who gets stuck in town. 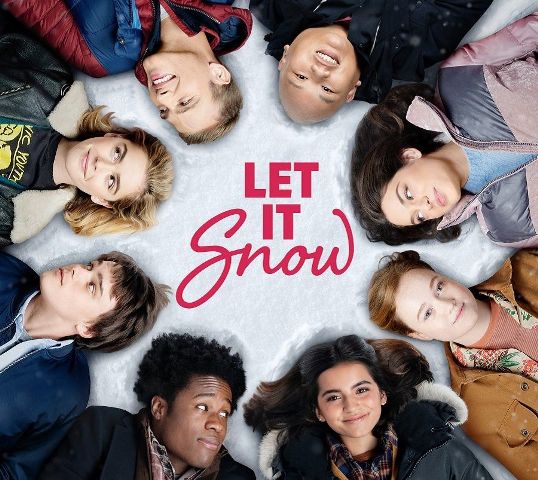 Joan Cusack appears from time-to-time as the mysterious Tin Foil Woman. She holds one of the key messages of the movie.

If you like Love Actually, you’ll love Let It Snow.

5. The Knight Before Christmas (Netflix)

This is the story of a knight (Cole) who is transported from the 14th century to 2019 to complete a mission. What mission? To open his heart and learn to accept love by Christmas eve. Since the modern days are quite different from the world he came from, it’s an entirely new world for him. However, he meets Brooke, a teacher who is still trying to get over a heartbreak.

Yes, it sounds cliché,but no, it’s not. It’s a romantic comedy, right, but it doesn’t really get into the usual formula. Cole does go through all the discoveries and learning one like him needs to experience to “belong” to the present world, but the movie doesn’t have heavy and painful dramatic moments where he hurts and makes Brooke cry. Every day is a learning experience for him and this allows him to meet different characters coming from various backgrounds and situations. This is what makes the movie special – real people are introduced in the story. The most interesting one is the single dad who struggles to give the best to his children and eventually getting help from Cole, Brooke, and the community.

The Knight Before Christmas is a fun movie that has a lot of heart.

I purposely did not list all the actors for each movie because I don’t want you to watch a movie just because you like the actors featured in it. It’s a major factor, but it shouldn’t be the only thing you should consider. Most of the actors in the above-mentioned movies aren’t mainstream popular, but they’re good. So, I’m hoping you’ll find time to watch all or any one or two of these. I’m sure you’ll find all the inspiration you need to start the New Year right when you do so!

ChristmasholidayHoliday in the WildKlausLet It SnowmoviesThe Knight Before Christmas
By mimaiDecember 30, 2019CDO Events, MoviesLeave a Comment on Movies to Help Start the New Year Right