Kagay-anon Louie Talents grew up experimenting and playing with crayons, charcoal, watercolor, and Cray-Pas oil pastels. His notebook was filled with scribbles and drawings. In college, at Xavier University, he was commissioned to do the backdrop for all the masses held at the university chapel. He spent hours upon hours and sleepless nights working on the backdrops and murals.

His years in France made Louie appreciate art more. He became more dedicated and passionate in his works. Art, for him, became a means of expression. His works not only became the talk of the art world, but also a means of communication and exchange of ideas.

Louie’s works are not like any other artistic masterpiece. Each project, each artwork has a meaning, a story, an inspiration, and a goal. Some of his most popular masterpieces are The Palanay Art Project (bibilical passages burned, cauterized, and turned into diary entries), the Atten-Hut Art Project (which used 21,000 toy soldiers painted in white, in commemoration of the Philippine Independence Day), and the Me and the Now multimedia art exhibit, which featured 20,000 plus toy soldiers that depicted the Mamasapano Massacre.

Last month, Louie unveiled his newest project in France. The exhibit, dubbed LIBRES ET EGAUX, was held on the anniversary of Je Suis Charlie. Using matchsticks to convey his message, Louie created art that can be viewed in three ways:

“First, with the passing of artists in the Charlie Hebdo massacre, a new generation of artists will emerge, and will continue expressing their right to Freedom of Expression.”

“Second, the matchsticks raise public awareness and attention; that the terrorist attack and senseless killings in France are also happening in other parts of the world.” 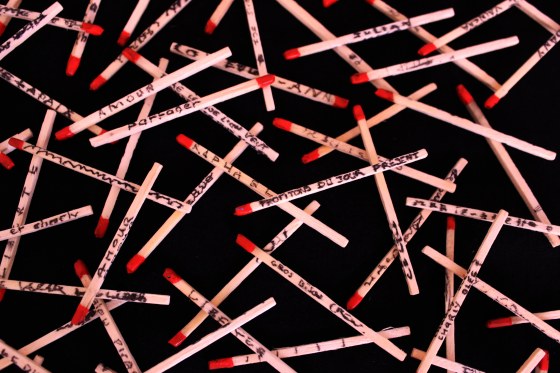 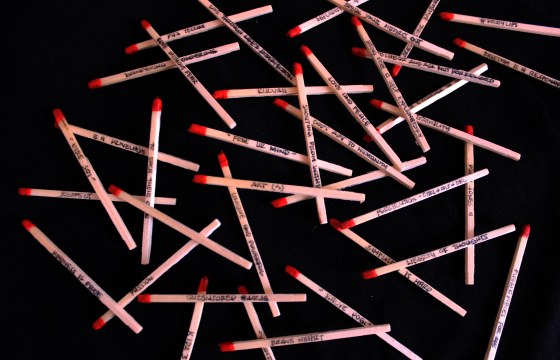 Louie used 900 matchsticks for this new masterpiece. Of these, 309 are colored and carrying the flags of the nations attacked; while 591 matchsticks have messages written by French children aged 7 to 9, along with the responses of the Kagay-anons Louie talked to and interviewed via Facebook. This is the kind of “collaborative art” that Louie is known for.  He never forgets to include the community in his projects.

Additionally, matchsticks have always been one of Louie’s favorite objects. He sees them as a symbol; as an instrument that sparks and starts a fire. For him, matchsticks also represent the burning desire of people. This is why he will continue doing matchstick art and will, time and again, relay his thoughts and ideas through these small, unpretentious sticks.

Louie Talents is a Kagay-anon worthy of emulation. He knows what he wants and he does all that he can to achieve his goals. The exhibit in France is just one of his many plans for using his artistry to reach out to people. Whether he is in France or here in Cagayan de Oro, Louie believes that his art will speak to people in a manner that will make them think and, hopefully, act.

Congratulations, Louie! Cheers to more creative and innovative ways of exploring and sharing your art and message!

Louie Talents was one of the recipients of the first Lambago Art Awards that was held last February 2016 at Xavier University.

(All photos provided by Louie Talents.)

You May Have Missed